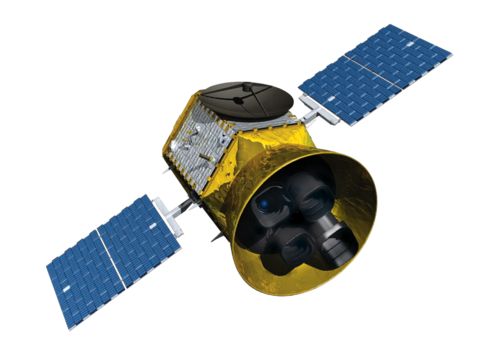 The Transiting Exoplanet Survey Satellite (TESS) is a space telescope for NASA's Explorers program, designed to search for exoplanets using the transit method in an area 400 times larger than that covered by the Kepler mission. It was launched on April 18, 2018 atop a Falcon 9 rocket and was placed into a highly elliptical 13.7-day orbit around the Earth. The first light image from TESS was taken on August 7, 2018, and released publicly on September 17, 2018.