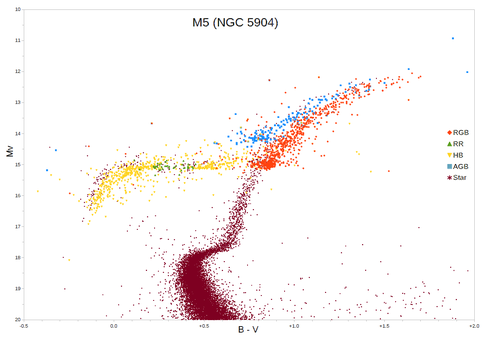 The red-giant branch (RGB), sometimes called the first giant branch, is the portion of the giant branch before helium ignition occurs in the course of stellar evolution. It is a stage that follows the main sequence for low- to intermediate-mass stars. Red-giant-branch stars have an inert helium core surrounded by a shell of hydrogen fusing via the CNO cycle. They are K- and M-class stars much larger and more luminous than main-sequence stars of the same temperature.