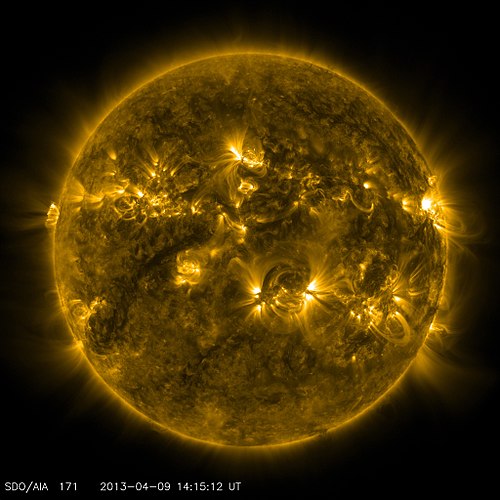 study of the interaction of electrically conducting fluids with magnetic fields

Magnetohydrodynamics is the study of the magnetic properties and behaviour of electrically conducting fluids. Examples of such magneto­fluids include plasmas, liquid metals, salt water, and electrolytes. The word "magneto­hydro­dynamics" is derived from magneto- meaning magnetic field, hydro- meaning water, and dynamics meaning movement. The field of MHD was initiated by Hannes Alfvén, for which he received the Nobel Prize in Physics in 1970.