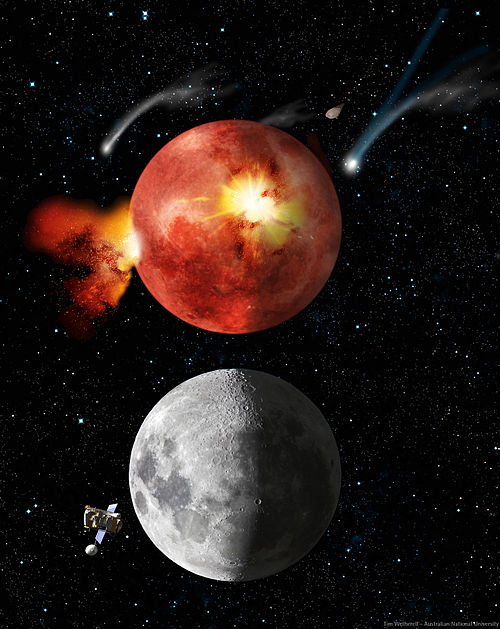 The Late Heavy Bombardment (LHB), or lunar cataclysm, is a hypothesized event thought to have occurred approximately 4.1 to 3.8 billion years (Ga) ago, at a time corresponding to the Neohadean and Eoarchean eras on Earth. During this interval, a disproportionately large number of asteroids are theorized to have collided with the early terrestrial planets in the inner Solar System, including Mercury, Venus, Earth and Mars. Since 2018, the existence of the Late Heavy Bombardment has been questioned.