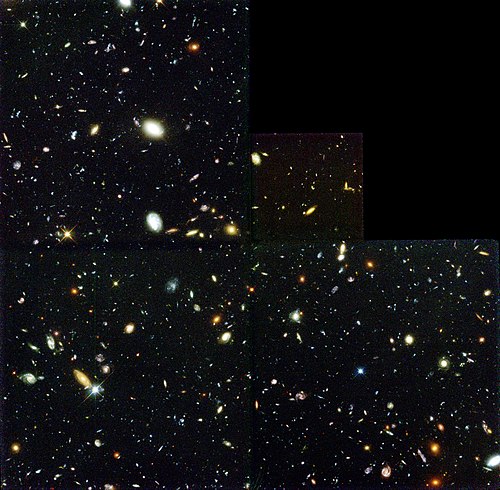 The Hubble Deep Field (HDF) is an image of a small region in the constellation Ursa Major, constructed from a series of observations by the Hubble Space Telescope. It covers an area about 2.6 arcminutes on a side, about one 24-millionth of the whole sky, which is equivalent in angular size to a tennis ball at a distance of 100 metres. The image was assembled from 342 separate exposures taken with the Space Telescope's Wide Field and Planetary Camera 2 over ten consecutive days between December 18 and 28, 1995.