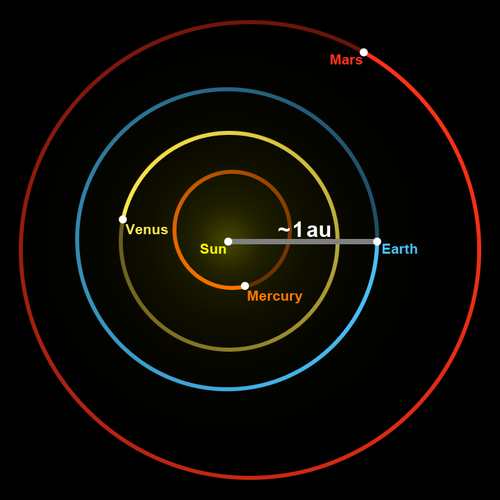 Mean distance between Earth and the Sun, common length reference in astronomy

The astronomical unit is a unit of length, roughly the distance from Earth to the Sun and equal to about 150 million kilometres. However, that distance varies as Earth orbits the Sun, from a maximum (aphelion) to a minimum (perihelion) and back again once a year. Originally conceived as the average of Earth's aphelion and perihelion, since 2012 it has been defined as exactly 149597870700 m. The astronomical unit is used primarily for measuring distances within the Solar System or around other stars. It is also a fundamental component in the definition of another unit of astronomical length, the parsec.