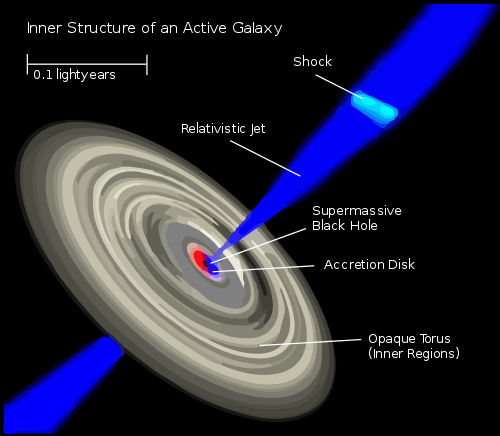 An active galactic nucleus (AGN) is a compact region at the center of a galaxy that has a much-higher-than-normal luminosity over at least some portion of the electromagnetic spectrum with characteristics indicating that the luminosity is not produced by stars. Such excess non-stellar emission has been observed in the radio, microwave, infrared, optical, ultra-violet, X-ray and gamma ray wavebands. A galaxy hosting an AGN is called an "active galaxy". The non-stellar radiation from an AGN is theorized to result from the accretion of matter by a supermassive black hole at the center of its host galaxy.